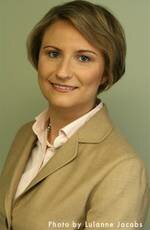 Anna Valentini, Esq. is an experienced and energetic Ivy League-educated attorney who has successfully represented thousands of immigrants before US Citizenship & Immigration Service (USCIS) and immigration courts. She graduated from the University of Pennsylvania Law School, a top five U.S. law school that is also the oldest one in the country. Prior to the University of Pennsylvania Law School, she conducted legal research in international law at Human Rights Watch and attended the University of Iowa where she was awarded a merit-based full scholarship. Anna Valentini, Esq. has given presentations at several international conferences on immigration law and human rights in the Netherlands and the United Kingdom, to name a few; and was a recipient of the United Nations Development Program award for her legal research.

Anna Valentini, Esq. is a member in good standing of the American Immigration Lawyers Association and New York State Bar Association. She is licensed to practice immigration law in all states and territories of the United States. 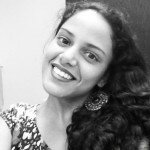 Gipsy Fernández is a multilingual individual, fluent in English and Spanish, as well as speaking conversational Italian. The combination of her Spanish degree, immigrant background, and global knowledge makes her very suitable in the immigration field. She is known for her calm and happy personality, as well as her attention to detail and analytical skills. Our clients enjoy how comfortable and welcoming she makes them feel.